What People have said about Stardust & Snow
‘I think that’s beautiful.  That’s absolutely lovely.  What an amazing story. Ah, it’s gorgeous, well done.’   – Russell T Davies
‘I defy anyone to read the first page of this and not finish it. ANYONE.’ – Horatio Clare
‘A perfect Christmas story, filled with magic, wonder and Stardust…’ – Cathy Cassidy.
‘If you’ve ever loved a person, either someone you knew in real life or someone world famous, you’ll know nothing brings more joy than hearing a wonderful story about them after they have died. And this is one of the most wonderful stories you could wish for. It will lighten and brighten the hearts of everyone who reads it.’  – Jill Mansell.
‘The perfect Christmas story: snow is in the air, (Grandma) doesn’t understand, and one of our greatest heroes is about to step off the screen and tell a little boy the secret of everything. Absolutely gorgeous, achingly beautiful and astonishingly enough, completely true. Once you’ve read this, you really will know the secret of everything.’ – Steven Moffat.
‘This story might make you cry. It’s so inspiring and beautiful and also very sad at the same time’ – Amanda Palmer.
‘It’s from my friend Paul Magrs and I love it so much’ – Neil Gaiman
‘A lovely story, just heart rending and beautifully told; and 30 minutes with Bowie!’ – Tom Baker
‘Enlarging an anecdote told to him by a friend many years after the event, Paul Magrs has turned a brush with greatness – an autistic boy meets David Bowie – into a poignant and touching story of a life transformed. Through the authentic voice of the young boy, misunderstood and brusquely treated by his self-centred mother, the encounter shows that Bowie was generously gifted with emotional intelligence long before the term was invented.’  –  Linda Newbery
‘Of all the many tales of David Bowie’s kindness, compassion and humanity, this true story, beautifully told by Paul Magrs, might just be the most magical.’ – Nicholas Pegg, author of ‘The Complete David Bowie.’
‘Beautiful and bitter sweet – Paul Magrs tells a story of nostalgia and magic that turns the world on its head and makes your heart feel that little bit warmer’ – Robert Shearman.
‘Waiting for a train
It’s delayed and delayed and delayed
I remembered to read your Bowie story
Now I don’t care about the train
Gave me goose pimples
Beautiful
Never dreamed I’d read a story where mime skills seemed like magic!!!’ – Frank Cottrell Boyce
‘Paul Magrs weaves gentle magic into this heart-warming tale of an autistic boy’s enchanting meeting with the Goblin King himself – David Bowie.’  – Miranda James.
‘A treat. A touching, offbeat tale full of music and magic. A true pleasure to read.’ – Edward Kelsey Moore.
‘Absolutely lovely. As a huge Bowie fan and a child who had her own issues, Bowie was my saviour more than once. This story really touched my heart. I just loved it.’ – Nina Sankovitch.
‘This is my kind of story. It shows kindness in the face of bullying, is rich with a sense of wonder, and it filled my heart with a deep, deep joy.’ – Charles de Lint

£9.99
PUBLISHED 1 DECEMBER 2019
When he was a kid, Daniel won a competition and he went off to London to meet David Bowie at Christmas…
He was a quiet kid, a shy kid and the crowds were alarming. He took his grandma with him and she was grumpy all day.
But when they met David there was magic and glitter and stardust in the air as well as snow, and he taught the boy all about magic and the wearing of invisible masks… 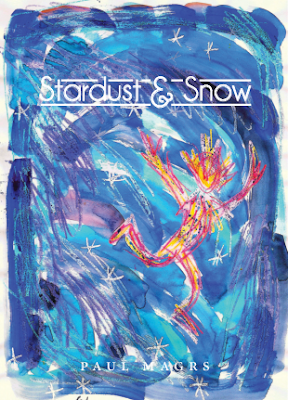