literary fiction and the 'allegiance to language' 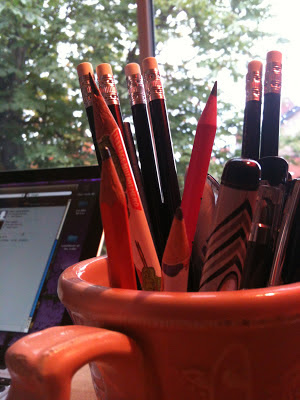 I was reading a piece the other day in the paper and it was talking about 'literary fiction' as a genre in itself. It picked up on the remarks of the editor of the New York Review of Books reprint range of ebooks (a list i've enjoyed dipping into in its hardback form). Apparently she has talked about literary fiction's 'allegiance to language' as the thing that marks it out.

As if no other fiction has such an allegiance?

I've said my bit again and again over the years. There are good books and bad books. Genres don't exist. Not outside of marketing.

I certainly don't think - any more - that literary fiction is superior to any other kind.

I used to think it was the genre where *anything* could be done. But I now think that's true of any genre.

I've had conversations with a lot of people over the years about what might make literary fiction different.

Is it fiction that has a commitment to groundbreaking form or language? Is it the creative laboratory where new things are thought up and thoughts are thinged? Is it just fiction concocted especially to win literary prizes? The kinds of books that people buy but never actually read? Is it just about novels with deliberately wonky stories and snobby characters?

All these things have been suggested. I even had someone quite recently suggest outright what many have implied: that 'literary fiction' is what you call fiction about well-off and clever people talking about 'philosophical issues of the day.' (And, following that, fiction with ordinary, working class characters can never be literary, really, unless it's foreign or Scottish.)

'Literary' is just another genre, with its own codes and cliches. One that was created for marketing purposes some time in the 1980s, say, to describe a certain kind of vaguely earnest, perhaps experimental, self-consciously learned and often prize-winning book.

As a genre - like any other genre - it has produced monstrous offspring.

Many years of reading, teaching, workshopping, writing, studying and more reading have given me a kind of checklist of the cliched features that Bad Literary Fiction often boasts...

And I am absolutely sure that I have been as guilty as anyone - at one time or another - of some of the following points:

1.  The ability to say the simplest things in the most complicated way possible.
2. Twisted syntax and word choice posing hopefully as stream-of-consciousness for a character having a not-particularly pleasant time of it.
3.  Epiphanies galore, in which the tiniest moment becomes transcendent and obscurely meaningful all of a sudden, accompanied by strange sensual effects examined microscopically in luminously belaboured language. And possibly, a bubble of childhood flashback presented in italics.
4. The forward momentum of a story being subordinated throughout to the conveying of mood. And when something looks as if it's in danger of happening, the chapter abruptly stops.
5. The assumption that earnestness = seriousness.
6. Also, sneering = cleverness.
7. The skilful concealment of actually having nothing to say.
8. The skilful concealment of the fact that looking stuff up in books isn't knowledge.
9. The achingly obvious admiration of writers that serious readers admire but nobody loves. And then copying them.
10. Assuming that your words weigh more, mean more, and are doing more. Not as much as any poet's, of course. But more than anyone writing in any other genre.
11. A wearisome meta-critique of the form of the novel itself running throughout the thing. Sometimes in the form of a particularly self-aware narrator, or interleaved fairy tales or even features borrowed ironically from other, lesser, fictional genres.
12. Cold, almost emotionless analysis of stuff in the world, bleached of any sentiment or actual feeling. Often lists of things are presented, or facts, or allusions to scientific or historical stuff that the author has browsed through.
13. The need to tell the world that - hey, rich people have it tough, too.

This last point is the trickiest for me. It's the question i often hit upon - is literary fiction always just a playground for the privileged?