The Brenda and Effie Mysteries

(Though, actually, you could start anywhere. Brenda and Effie will fill you in on anything you need to know.) 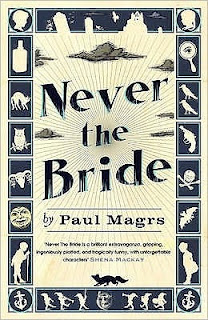 BOOK ONE:  NEVER THE BRIDE


Brenda has had a long and eventful life, and she has come to Whitby to run a B&B and enjoy some peace and quiet. She and her best friend Effie like nothing better than going out for tea and keeping their eyes open for mysterious goings on in town.

And what with satanic beauty salons, roving psychic investigators and the frankly terrifying owner of the Christmas Hotel there's plenty to watch. But the oddest thing in Whitby may well be Brenda herself. With her terrible scars, her strange lack of a surname and the fact that she takes two different shoe sizes, Brenda should know that people as, well, unique as she is just aren't destined for a quiet life. 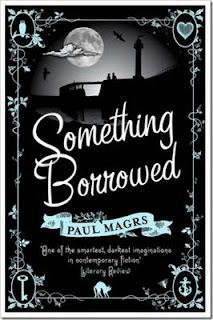 
Brenda must face her demons, but first she needs to get to the bottom of the sinister goings-on that threaten to overcome an all-too-quiet seaside town.

When poison pen letters start flying around the quiet lanes of Whitby, trouble is in store for Brenda and Effie. And with Jessie the Zombie Womanzee, trips down memory lane and amorous ghoul hunting, literary minded and strangely youthful professors of Icelandic history, as well as a terrifying encounter with bamboo wickerwork gods from the dawn of time, even Brenda's ample cup is running over. But her most challenging battle is the one she must fight with herself - or, at least, parts of herself... 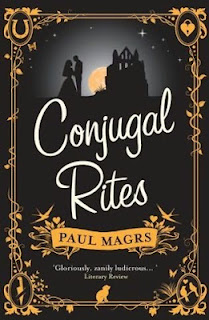 No matter what she tries to do, trouble has a way of finding Brenda. It’s hardly surprising with secrets like hers. When her old adversary Mr Danby starts filling the airwaves with his late night phone in show it can only mean one thing – and sure enough best friend Effie soon finds herself up to her neck in it. But that is only the beginning; fate has an even bigger surprise in store. Romance is in the air for Brenda and, do what she will, she cannot deny that she and her man were made for each other – literally. But as usual, Brenda and Effie will face up to whatever dangers come their way with fortitude and grace: even if that means journeying to places beyond their wildest dreams. 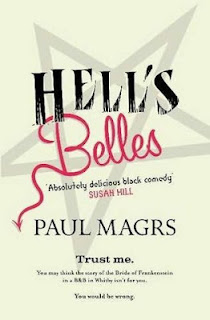 Penny is running away from a life of domestic strife and into mysterious Whitby - where she hopes to find herself. But in her quest for self-discovery, Penny may have stumbled on something far more sinister: the gateway to hell. For  is no ordinary seaside resort, and all that keeps the evil at bay are Brenda and Effie - two very unusual old ladies. When a film crew comes to town to remake the sixties schlock horror movie Get Thee Inside Me, Satan, Brenda and Effie suspect something strange is afoot. Female lead Karla Sorenson is reprising her role and she doesn't look like she's aged a day. Surely that's not possible? Then there are the disturbing rumours surrounding the original movie - a cult classic that is, quite literally, spell-binding. As events spool out of control, Penny's new boss Robert draws her deeper into the movie's peculiar mystery. But can it be stopped before all hell breaks loose? 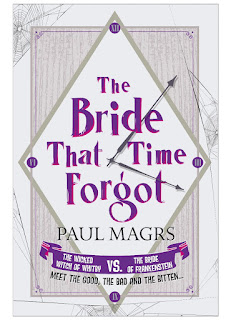 An outrageous adventure with the most terrifying villain Brenda has ever faced - her best friend, Effie.

Something is biting people on the streets of . In an ordinary town, this would be worrying. Here, it's disastrous, and only Brenda has guessed why. She's also trying to prepare for a packed festive break at her B&B, but her best friend Effie is in distracted mood: she just hasn't been the same since her suave gentleman friend Alucard reappeared.

Meanwhile, Penny has joined a book group in the new mystery bookstore, the Spooky Finger. As she is drawn into the strange and fantastic works of Edwardian lady novelist Beatrice Mapp, she makes some very surprising discoveries. Discoveries that will soon impact upon the lives of all the ladies of . When unexpected help from the shadows of the past arrives to illuminate the dangers awaiting them all, Brenda realises that unless she can find a way to save Effie, the consequences may be eternal.


‘Brenda and Effie Forever!’ is an outrageous Gothic adventure involving ancient vampires, miniature mermaids, the Phantom of the Opera and his hunchbacked boyfriend, a fiendish ghost who drives a limousine, Mr and Mrs Claus and all three Bronte sisters discovered alive and well in a secret base under the parsonage at Haworth with a sentient, stuffed Art Critic called Panda.

Brenda and Effie are living it up on the continent. Holidaying in Paris, they are menaced by a mysterious Peeping Tom with a limp and a hump, who warns them that they must never return home to Whitby again. Untold disaster will take over the world if they go anywhere near the North Yorkshire coast…

But Brenda and Effie know that they simply have to return to Whitby, even if it means the end of everything they hold dear.

Brenda owns a Guest House by the sea and her best friend Effie runs the junk shop next door. But together they have another role as the guardians of Whitby against the vampires, daemons and creatures of the night that continually plague the quaint but terrifying town. Together Brenda and Effie must face the most startling dangers ever as they are engulfed by hideous secrets from their long-hidden pasts.

Can our heroines survive all these fiendish shenanigans and live to fight the powers of darkness another day?

Quotes for ‘Brenda and Effie Forever!’

“If you haven't read any of Paul Magrs' unique and very funny novels, shame on you. You don't know what you're missing.” Carole Matthews, (Author of ‘Summer Daydreams’ and ‘Wrapped up in You’.)

“Laughter and fear have long been a winning combination but Magrs’ delicious blend of spookiness, camp, subversion and rollicking storytelling is not quite like anything else in the bookshops at the moment. If I had to draw comparisons, I’d liken it to what might result if Armistead Maupin mischievously rewrote the works of Anne Rice.” Patrick Gale (Author of ‘Notes From and Exhibition.’)