Other Novels by Me 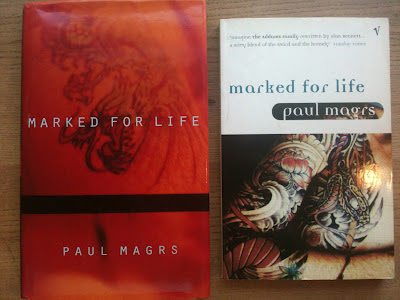 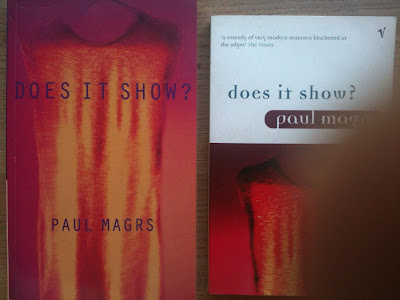 
When Liz and her daughter Penny move into Phoenix Court, they find themselves caught up in a web of gossip and intrigue. But Liz seems determined to transform the lives of the women who surround her, and revelations emerge with startling consequences. By the author of "Marked for Life" 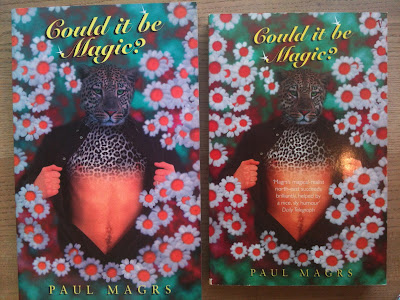 COULD IT BE MAGIC?

The ordinary inhabitants of a small-town council estate turn out to hold extraordinary secrets in Paul Magrs' strangely compelling novel, Could It Be Magic?. Set in the grey wastelands of the north-east, Magrs has looked beyond the ravages of boom and bust Britain--with its council ghettos and widespread unemployment--to reveal a community brimming with passions. At first glance, the leading characters are exceptional only in their mediocrity: Elsie, old before her time, weighed down by a crippled son and depressive husband, whose only solace lies in a bottle of gin; tattooed Mark, who spends his days bodybuilding and nights babysitting his ex-wife's new baby; Penny, who left school too soon and fills her house with students; Andy whose gay lover left him for a better life. But the arrival of Penny's Mam on New Year's Eve (with her own startling secret) sets off a chain of astonishing events. Fantasy mingles with the mundane until it's hard to know what to accept as commonplace and what to dismiss as trivial. A frisson of sexual energy sparks from council roof to satellite dish as Magrs' characters discover their innermost secrets and how to live life to the full. --Carey Green 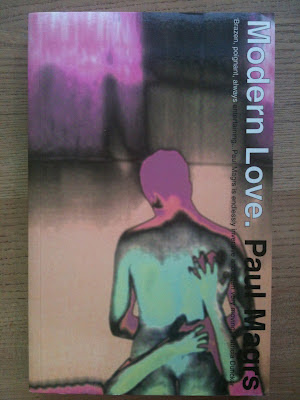 
There was a lot of stuff in Jess's chapter that wasn't really about her or her family at all; it was more about the place they came from and things like unemployment and divorce and the times they were living in.

In Paul Magrs' Modern Love, there is a lot of stuff that is about Jess's and her twin sister Jude's family, and about "unemployment and divorce and the times they were living in". As a record of life in Britain from the 1960s to the late 1990s it could be shocking and depressing, but the universal signifiers of later-20th century popular culture make it familiar to us all. Princess Diana plays a significant role in marking the passage of time--from her wedding to her death and her afterlife--while the advent of colour televisions, video recorders, PIN numbers and even working-class girls going to university, shows how Britain has ostensibly changed. Yet through these changes for the consumer and society, Magrs seems to be showing that people and families don't change.

The story follows Christine Fletcher and her family, from her personal sexual liberation of the 1960s, her mum's sudden departure, her twin daughters who she makes believe belong to her husband, and the death and abandonment they all suffer. Magrs pulls us into his world of grim north-east housing estates, of low expectations and hopes unfulfilled, so that the depression and problems are seen in close-up, saturating the skin of the reader and cloying the breath, making us live them until they no longer seem unbearably miserable. Instead, the strength of emotions--whether of love, fear or hatred--make the characters real. When Jess, the quieter twin who surprises us all, reads an academic's study of her childhood--and her special "case"--she realises that this is merely saying what her form teacher at school said: an unhappy home life leads to a disturbed child, and upbringing can be hard to escape. Magrs himself makes this point when Jude, the high-achieving twin who seems about to join the professional and moneyed classes, ends up with similar men and mothering problems to her mother and grandmother. However, Modern Love is written as a novel to be lived, not to be analysed, and Magrs manages this in an unassuming, yet vivid style. While it leaves you pondering the injustices of society, it also makes you wonder if you can ever escape those injustices. --Olivia Dickinson 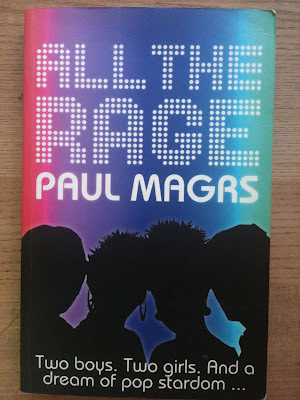 
It's 1981, and the nation is going Eurovision-crazy. A young band, Things Fall Apart, are the British hopefuls with their catchy hit, 'Let's Be Famous'. Despite an energetic performance involving spangly silver jumpsuits, Europe is unimpressed. Null points to the UK. But the band don't let go of their dream, and they persevere to become one of the most famous boy-girl pop acts of the eighties. And during their glory days they sample the cultural highlights of the decade: gunk-tanks, puff-ball skirts, shoulder pads, slightly sinister furry hand-puppets...Living and working together 24-7, it's little wonder that love soon blossoms in the band; and little wonder that the cracks eventually begin to show. From their innocent early days to their ugly last fight in the Blue Peter Garden, this is the story of a pop group - warts and all. From love and loss to bangles and boob-tubes, All the Rage is required reading for anyone who still remembers the decade that taste forgot. 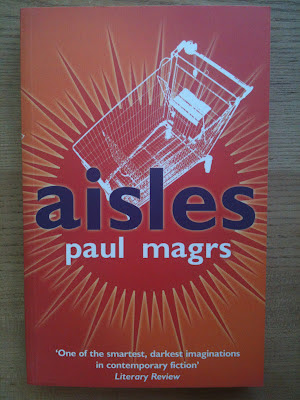 
Iris Murdoch appears on an internet chatroom, using the sobriquet 'funkymonkey', and gossiping about the afterlife...The evil Dr Fu Manchu chases Virginia Woolf through the streets of Bloomsbury...A lecturer sees sex in the delicatessen counter at the supermarket...An elderly psychic counsels young men about their love lives...From the wild and unfettered imagination of Paul Magrs comes his most extraordinary novel yet. Ostensibly a week in the life of an ordinary Norwich community, Aisles unfolds into a strange, tender fantasy. The lines between friendship and love, between affection and frustration, between being and not being; all are explored through the complex lives of his characters. 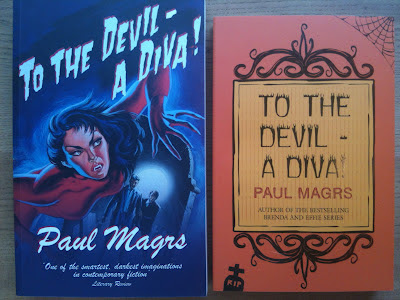 
Karla Sorensen used to be big in horror films. In the sixties and seventies no self-respecting low-budget bloodily-schlocky shocker was complete without her. She was well-qualified; after all, at the age of ten, she sold her soul to the devil. Now, although spookily ageless, Karla is knocking on in years. Her residuals are drying up and she needs some cash, so she decides to return to the north of England to appear in Menswear, Britain's most risque TV soap opera. But not everyone's happy about her return to the fame game. Menswear's current star is heartthrob Lance Randall and he's furious to hear that Karla is about to become his co-star. He hates her, he fears her, and he's convinced that she's come to steal his very soul. Dark clouds are massing around town - and deep, dark, devilish secrets are about to be unleashed ... 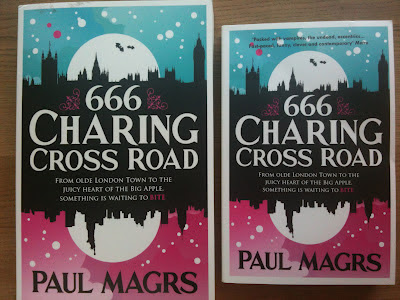 
From olde London Town to the juicy heart of the Big Apple, something is waiting to bite

Shelley didn't expect her posh new boyfriend Daniel to be enthralled by the quintessence of evil. She's preoccupied with the surprise success of Bessie, the oddly lifelike centrepiece of her  museum show. Her great-aunt Liza is busy ordering spooky old books from the dusty vaults below , while her friend Jack prefers brand-new books and his brand-new lover. When a little leather book arrives, Liza finds it repellent, but doesn't realise it's stained with vampire blood - until too late. Its arcane magic brings Bessie to life, and gives Daniel unimaginable power.
As Daniel's supremacy grows, everyone's lives are infected. Soon the vicious vampire infestation rife in NYC threatens to spread to  - and only Bessie and her new friends can stop it...