Russell T Davies interviewed by Jeanette Winterson at the Cornerhouse 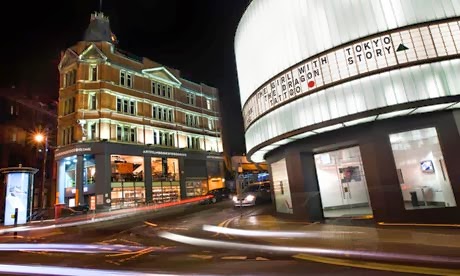 Russell was explaining the idea of ‘Mary-Sues’ to Jeanette, who’d never heard of them. It was all about how people are being put off from writing before they even start by online bullying in writing forums. People – women, mostly – were being accused of creating ‘Mary-Sue’ characters.

‘It’s a pejorative term, apparently. For when people use a version of themselves in the fiction.’

‘Yes, exactly. And they’re being told they shouldn’t be using them in their stories.’

Jeannette looked appalled. ‘But what else do you have? What else is there but yourself? That’s what we were just saying before. That the question of autobiography and what’s real and made up is just such a mess because it’s all you, isn’t it? It all comes out of you.’

‘Well, yes. But you can’t win. These women who were being put off from entering this writing competition, or posting their fiction online, they were being told that – even if you made your character quite unlike yourself – you could be a Victorian nun with a limp – it’s still you, in disguise. They’re being told: it’s still all about you!’

Russell and Jeanette in conversation. Two absolute heroes of mine, on stage at the Cornerhouse in Manchester on a Sunday afternoon. Two hours of them talking through a collection of clips from Russell’s shows, and going through the whole, grand shebang – the big themes and ideas: love and aloneness, apocalypse and fan fiction. It felt like they were putting the world to rights. It was inspiring and a bit amazing to hear these two. I have read and watched everything they have written for twenty years or more. And to hear them in Manchester, too – as two writers who live and work here. It made Manchester feel to me like a place where writing happens and big stories can come to life.

Russell went back to the start and described being a kid who liked to be alone in his head. A sociable family and a houseful of people, where the telly was always on and the butcher brought the meat round and stopped by for a drink. His parents taught Classics and there were shelves of books about the decline and fall of civilizations (‘Ah, that’s where the apocalypse comes in, then!’ Jeanette decided.) The telly was always on because, to his parents, it was just another opened book.

He talked about liking being alone in his head. He walked home from school, furiously making up Doctor Who stories. Like everyone writing Doctor Who professionally today, he said, it all began with fan fiction in his head. He didn’t even have to write it all down. He didn’t have a typewriter even, nothing like that. Just fleets of Dalek space ships streaming out of his imagination, like they couldn’t get on TV at the time – but which, eventually, he put there himself. He had a mile to walk home from school and would choose the route that would ensure none of his friends interrupted his complicated train of thought.

Aloneness was quite a theme throughout the talk. Watching the clips from ‘Bob and Rose’ and ‘The Second Coming’ in sequence he remarked on how he was only just seeing the recurring idea of the character who asks: ‘What happens to me if I’m not loved?’ When asked, he said Holly from ‘Bob and Rose’ is his favourite character in everything he’s done – if he had to choose one of them. She’s the secondary character who takes centre-stage when the main characters pair off and their story is on hold while they’re busy being happy. Holly is another of his characters who asks, sometimes angrily: do I even exist if I’m not loved?

Jeanette had thoughts about this. She dropped even Dante into the chat. Her own work is always about being the lover and / or the beloved and, really, in her books, characters only start when love comes into their lives. It ‘draws them out of themselves’, and she said as much today, too. But that’s bleak, isn’t it? Russell mentioned the old Dean Martin song: ‘You’re nobody till somebody loves you.’ He described it as the cruelest piece of easy-listening there ever was. The two of them agreed about love being at the heart of everything they write, but I think, in the end, they’re saying different things about it. Jeanette always writes about how people are transformed by it. Russell often seeks out in his writing those who can never give in to it. He writes about the Doctor, who – as Jeanette said – never can let himself love.

They covered a lot in two hours. I loved the stuff about how, yes, drama might be about conflict, but really characters should be more nuanced and muddled than that. They can’t always be at loggerheads like they are in bad soap operas and just batting away in a fakely polarized way. I loved the stuff about apocalypses on council estates and how it’s always about saying, yes – in fact, the worst could happen here, because it’s always happening somewhere. But at the same time, someone will always find the means to become heroic. And I loved that stuff about gay visibility in art and how we’ve had thousands of years of a vacuum. No queers in Dickens or all of Western painting, in all that time. No queers anywhere. Just rubbish ones. And so they need putting into everything we write. It’s about getting people used to the visibility, until no one is even surprised anymore.

All that stuff I loved. But what I loved most of all was the stuff about the mechanics of writing, and how what he – and Jeanette – said made me feel brave about writing all over again. Like I do when I watch or read the pair of them.

Russell seemed to being saying that it’s all about following the emotional truth of your characters above all else. And that nothing else matters as much. You need to have them very clearly before you and know what is great about their story that you want to tell. Don’t let the self-censorship or false conflicts or even your lovingly-prepared synopsis get in the way. If you write them and write them till they are real and alive on the page, all the rest of it is just mechanics and technical, logistical stuff that you can fix up in your next draft.

Also: never write anything for someone who doesn’t get it, or want it, or really like what it is that you do. There is no point to that.

Jeanette asked him what it was like, after a childhood of making up Doctor Who in his head, to be finally handed the keys to it all, and to sit down in 2004 and actually start writing it. A full ten years ago. Was it bliss?

Not quite. He said that, at the time, he had a quotation from Jeanette herself pinned up above his computer. About how when she was writing it felt like flying. But to him, just then, he realized it didn’t feel at all like flying. It was more like falling. Plus, that slip of paper with the quote vanished. It must have fallen down behind the radiator, in the bit of the room that never gets cleaned. 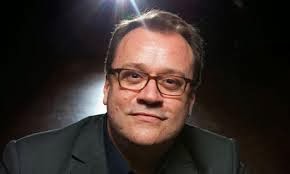 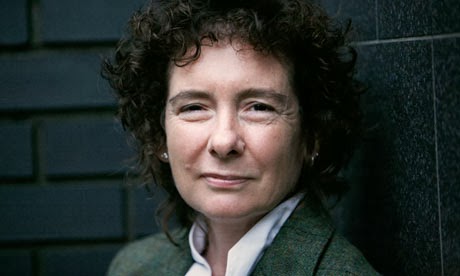