Also came the new Wordsworth Classics edition of E.F Benson's Spooky Stories, which have long been hard to get hold of. It's a mammoth, closely-printed tome - very welcome at the amazing price of £1.99 - but let down by that hideous, rotten cover. Even Benson's ghostly tales have the same period elegance of his Mapp and Lucias, I think, and the cover should give that away. 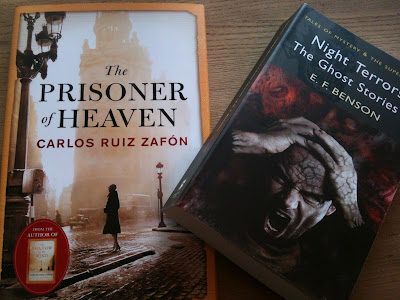 And then, also this week, I got sent a most welcome proof copy of Jane Sanderson's sequel to 'Netherwood', 'Ravenscliffe.' It's a chunky and enticing volume. Readers of this and my previous blog might remember me raving about 'Netherwood' earlier this year? (I should dig out and repost my review, actually.) I'm looking forward to going back into that Edwardian world. 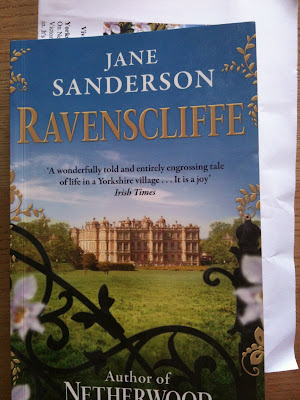 So here we are on Saturday morning - and it's teeming down in Manchester. The milkman's been for his money and told us how his sixty (!) frogs are doing in his back garden pond, and asked after ours (we have one over-confident frog and about a million tadpoles). Fester the cat is have a late lie-in and feeling a bit sickly this morning - which might be down to the high (low?) pressure in the air, or maybe from staying up late to watch Bowie Night on BBC4. And we've got 'Doctor Who and Silurians' on the telly, in tribute and to remind us of the wit and brilliance of Dr Elizabeth Shaw, as played by Caroline John, whose death was reported this week. 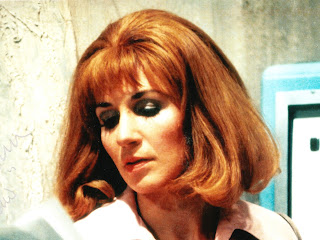