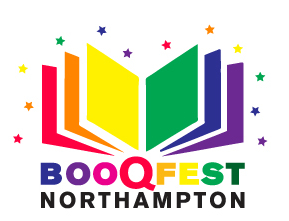 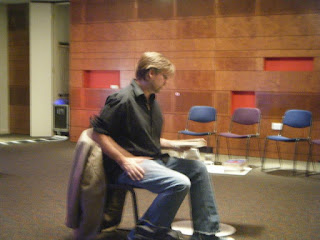 BooQfest in Northampton this weekend was an astonishing do! We had a great time. It's one of the best organised book festivals I've ever been to - and probably the most fun.

I was there to give a reading from my novels, and also to take part in a Doctor Who discussion panel with a bunch of lovely Who luminaries. We hung out with a gaggle of old friends - and made a whole lot more.  We had milk shakes sitting out in the sun, and chocolate and chilli in a ritzy cafe. We even visited the theatre where 'Talons of Weng Chiang' was shot. We sat in the hotel bar till very late two nights running, laughing and rabbiting on. There were some really lovely people there this weekend. 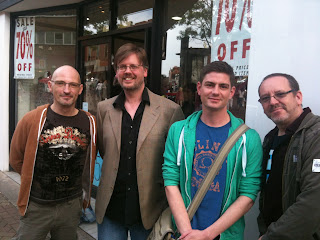 I love the fact that they called it 'The Gay and Lesbian Books Festival for Everyone' - it's such a good, inclusive way of putting it. Drawing attention to the particularity of gay writing - but deliberately opening it up as something that everyone can take part in, read and listen to.

It was all over much too fast. I barely got time to talk long enough to everyone I wanted to - from the Doctor Who fellas to visitors like Carole Matthews, and new novelists who I heard talking about their stuff to people who I knew through their novels, such as Jane Lovering.

The accent was definitely on fun, though, the whole weekend. We worked hard and then we had a good laugh, too. That's the essence of weekends at events like this. 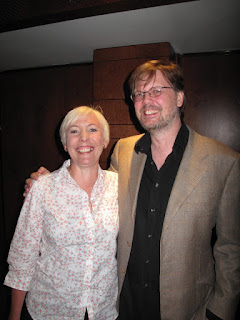 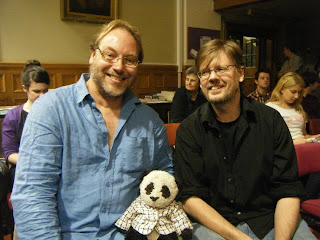 Art Critic Panda had a different outfit for each event he attended. He wore Chanel for Alan Moore and came in a biker's jacket to my reading. 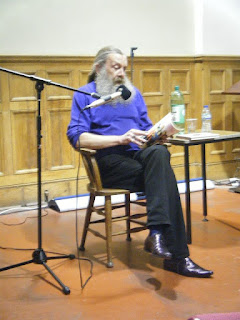 One of the highlights of the weekend for me was Alan Moore's talk on Saturday evening. He read an epic poem on the history of Queer culture, 'The Mirror of Love.' A tour-de-force, read with great verve. And he was visibly moved and pleased by our reaction to his reading. Then he talked - effortlessly, seemingly off-the-cuff - about his engagement over the years with gay history and aesthetics. He talked brilliantly about Northampton and New York; about dissidents, rabble-rousers, drag queens and monsters. He traced the history of both Gothic lit and Gothic music back to origins in the very town we were visiting - and he did it with great modesty and a wicked, twinkling humour. If you ever get the chance to hear him speak, you must do.

So - we had a fabulous weekend. Huge great thanks to the BooQfest team and my fellow authors and audience members. I hope the festival will run and run on an annual basis forever now! And that they'll ask us back again!