Fifteen Years Since 'Doctor Who - The Scarlet Empress.' 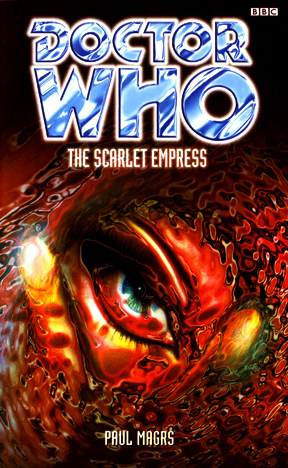 It's fifteen years since I finally finished and delivered my first Doctor Who novel to my editor, Steve Cole, at BBC Books. It had taken me a year to write, from commissioning in early 1997. It was a book that grew out of a year of turmoil. All that year - through a house move, change of city and start of a new job, and illness in three of the people closest to me - it felt like I was fending off adversity by submerging myself in magic and adventure. 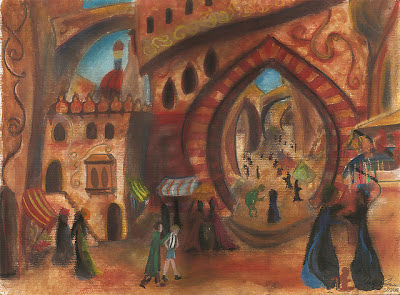 Much of this book was written in cafe bars in Edinburgh in the summer of 1997. Jeremy had had a big operation and I'd go to visiting hours twice a day at the Victorian hospital and, in the two hour gap between opening hours I'd sit in a cafe scribbling in my Daler and Rowney sketchbooks. I ordered tall, foamy pitchers of iced coffee and sit under a metal table under sprays of exotic flowers. Here I could write to my heart's content and remain undisturbed. I sat very still in order to write a book that was in perpetual motion. It was a restless, gigantic, muddled-up odyssey. 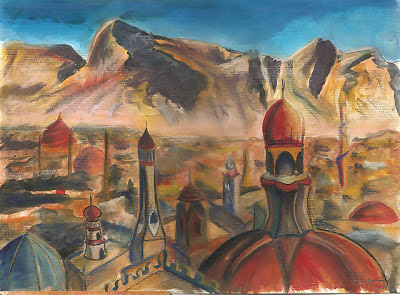 'The Scarlet Empress' was one of those books I wrote as if it was going to be the last book ever. I poured everything into it: a childhood love of Marvel comics. Angela Carter's stories and fairy tales. The Arabian Nights and Hanna Barbera cartoons. Ray Harryhausen monster movies and Cilla Black LPs. Marlene Dietrich and Vladimir Propp. Mae West and Lewis Carroll. Looking back, i think I was assembling all my favourite things - the sounds, textures, colours - in order to fight off anxiety. 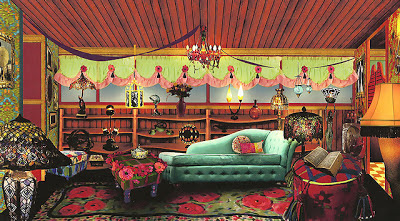 It was to be very much my take on Doctor Who. I wanted to write as if this was my one and only chance to write for the series. I wanted to say that Doctor Who had given me so much in my lifetime, and I wanted to give as much as I could back to it. 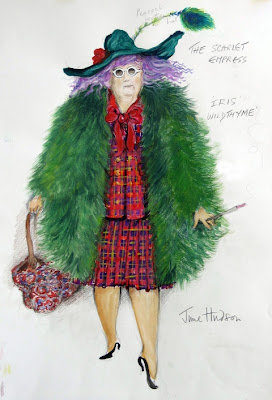 And I wanted to give him Iris Wildthyme, too. She was a character who would be a female counterpart to the Doctor. One who seemed to know more about his own past and future than he did, and one who had the tatty diaries to prove it. One who undercut his Time Lord bluster and called him 'sweetie.' A woman who dressed like a homeless drag queen and who travelled the cosmos in a miraculous double decker. She was mysterious, amoral, and possibly sinister. She was the Doctor's unwanted love interest - his Irene Adler, his Catwoman, his Mrs Slocombe. All rolled into one divine - and profane - package. 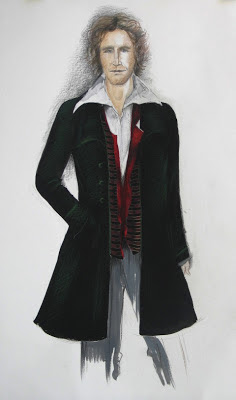 I also wanted to mess about with the shape of stories. Much is said about Doctor Who's endless flexibility, but mostly they are adventure stories. Even when they're not strictly linear, they are just shuffled about a bit. I think I wanted to think about other kinds of tales - musings, road movies, meanderings, picaresque twiddles, epic journeys, tales-within-tales, whispered legends, gossip, diary entries, interior monologues, doggerel,  pointless flashbacks... Or, at least, have the characters entertain these ideas.

It was never as simple as deciding to write a 'fantasy' adventure that was about 'magic' as opposed to a 'science fiction' story about 'science.' I can see why the book can seem like that at first sight. It was more about seeing what other genres and traditions I could draw upon. I was thinking about whimsy, surrealism, folk tales, as much as anything else. Above all - more than science fiction - Doctor Who seemed to me to be a compendium of fairy tales that just happened to have been told to us, so far, through the medium of late twentieth century science fiction. In another time and place it would have and was, in fact, quite different. 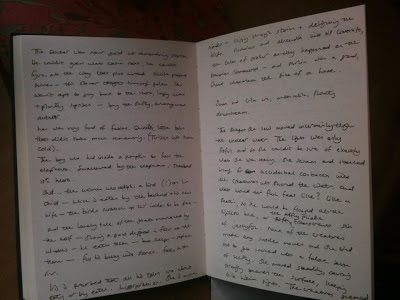 Sometimes the books you write are important to you because of the people you meet and the friends you make because of them. 'The Scarlet Empress' was the beginning of my great friendship with its editor, Steve Cole, who was magnificently encouraging all the way through the writing and publication. Once the book was out, I made a whole lot more friends as a result. Over the years since it's drawn all kinds of people into my life. I'm very grateful for that.

It's also had a fair amount of controversy around and about it, too. I think that's fair to say. I just wanted to do the thing in the way that seemed best to me. I'm glad i never had to do it anyone else's way, or had to fit in or copy anything and smooth it all down into something more conventional and well-behaved. I realise now how rare that chance actually is - in Doctor Who, in books, in anything at all.


(NB. The concept drawings of Hyspero i found online, and i know they're by students of June Hudson's, when she taught a course on design at the University of Redlands, in California, a number of years ago. If anyone can identify the artist, please let me know. The drawings of Iris and the Doctor are, of course, June's.)