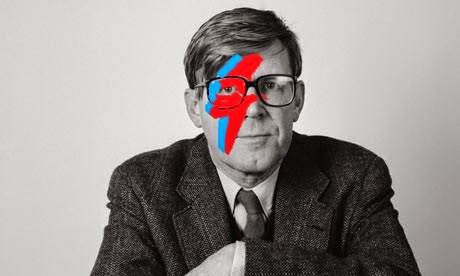 (From ‘The Rise and Fall of Thora Stardust.’)

I nipped through the market place, even though it was Tuesday and they go mad on Tuesdays round there, and there was a proper palaver going on. Her off the wet fish stall was in floods.

Turns out there’d been this thing on the news. Mother and I don’t watch it much. It’s too upsetting, and the papers aren’t much help either. They’re mostly about lifestyle and we don’t have one. So I felt a bit out of the loop with it all, I must admit, but then, I generally do.

They had all the flatscreen tellies in the windows of the Secondhand shop tuned in to what they call the rolling news and I tried to follow that for a bit. They kept showing people crying on there, too, and pointing at diagrams and graphs. There were riots in the major capital cities of the world. Looting, even – electric irons and video recorders. I thought, I hope we don’t get that carry on in Leeds again.

There I was in the little crowd, clutching my string bag with our few messages and I thought – Eh up, something’s not right with the world. Even that newsreader – the one mother doesn’t like because she puts on this false kind of sympathy when she reads out a sad story – was looking proper stricken.

My head was thumping by then, I must say. I felt a bit squashed in the crowd with all those people, all kinds of people – some of them were rough types - milling about, going on about the news. Well, there’s always something to get het up about, isn’t there? People don’t need much encouragement to turn daft.

I saw this woman, I forget her name. I think I was at school with her, donkey’s years ago. Anyway, she was hitting her kids. Giving them a right wallop in public, outside the post office. I was about to steel myself to intercede because you can’t let people do that nowadays, can you? Hitting bairns where everyone can see? Luckily, some fella in a turban got there before me and he had a word with her. She didn’t look best pleased.

And it was freezing then, and the rain was pelting down. I bumped into a quite attractive soldier with a broken arm and felt awful because he winced at the contact with my macintosh. Then someone was bending down in front of the vicar and I couldn’t see what was transpiring because someone else started being sick, in broad daylight. On the pavement right outside Marks and Spencers, if you can believe it. And I don’t call that very nice, neither.

Any road, I think I saw you in the window of the Wimpy Bar, but I wasn't sure, and I gave a tentative kind of wave, but you were busy with one of those spicy bean burger affairs or somesuch. Something I can't have anyhow, on account of my acid reflux (don’t get me started on that.)

I'm not sure even you were aware that you were in my monologue, actually, as you sucked on the straw of your milkshake. But I won't say anything, I thought. And that's when I felt like I was an actor in something from ‘Play for Today’, because the rain had gone through to my cardy.

All of a sudden I thought of mother. And I had to get home but the bus had just gone. ‘That'll be another twenty minutes' wait,’ I thought.

Just then you came out of the Wimpy's and I thought, oh, help, I shall have to say hello. There's no avoiding it. ‘Hello Thora,’ I said. ‘Remember me?’ And you gave me an awkward little peck on the cheek and said, ‘Guess what Alan? We've only got Five Years.’ And I said, ‘Whatever to? Not that Millennium thing again. That was a lot of bother over nothing, as well.’

And you said, ‘No, Alan - the Apocalypse. And I didn't say anything because it seemed a bit melodramatic-sounding. Like something they'd have down south. And we’d hear about it months later, like when they all started doing the Twist.

We set about waiting for the bus together, and she said, ‘All the timetables will have gone to pot due to the impending end of the world.’ and I said, ‘I expect you’re right. Shall we just walk?’ And she said, ‘I suppose we might as well.’

‘How long did you say we’ve got, Thora?’ I asked, as we moved away from the market square.

‘Five years,’ she shrugged, and dug around in her shopping bag for her usual Mint Imperials.

‘That’s ages,’ I said. ‘Don’t some folk let themselves get mithered?’

(With thanks to James Gent, and Elton Townend Jones (who did the picture))