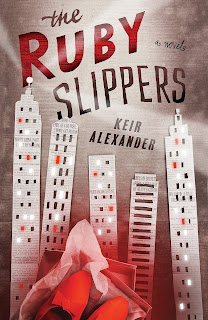 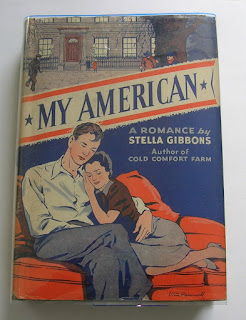 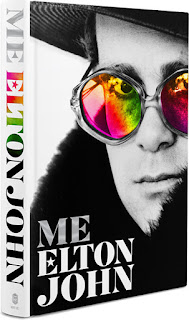 Rachel, the Rabbi’s Wife by Silvia Tennenbaum
I picked this up years ago at Shakespeare and Company in Paris, on their cheap paperback rack outside. It was exactly what I imagined: a 1970s New York novel, about a dissatisfied Rabbi’s wife who longs for the city, a lover and to find her way as a sculptor. It’s racey and gossipy, and it read a bit like a female response to Philip Roth’s novels. Very easy to picture Bette Midler in a movie version, back in the day.

Spinning Tales by Brey Willows
A happy conversation with the author at the Bold Strokes tent during Manchester Pride this year led me to spending several days with this lovely other-world fantasy novel. The thing I love about urban fantasy is seeing the characters go through those thresholds between worlds, and the juxtaposition between modern day New York, for example, and the fairy tale worlds hidden away beyond the cottage at the top of the tower block in this novel. There are some lovely characters in this – some with a nice line in caustic humour.

My American by Stella Gibbons
A reread of a favourite – a lesser known novel by the author ‘Cold Comfort Farm.’ This is about converging destinies – the poor orphan girl who grows up to write adventure stories for Boys’ comics who eventually runs into the young American boy who stole her heart when she was a kid. This is a wonderfully romantic novel, but like all of Gibbons’ work, it’s never sentimental. She takes us right to the heart of really good characters and makes them suffer quite a bit before the end. There’s some hair-raising gangster stuff in this one, too!

Coronation Street at War by Daran Little
Between HV Kershaw’s classic 1960s novelisations and the current run of wartime sagas by Maggie Sullivan, there was a trilogy of Corrie novels published by Granada in the late 90s. This glimpse of the start of WW2 comes through the jaundiced eyes of battleaxe Ena Sharples, who watches all the inhabitants of the Street like a hawk. Elsie Tanner arrives and causes a ruckus amongst the men; there are air raids, punch ups and even poisonings. There’s an outrageously funny sub-plot about home-brewed beer. It’s a brilliantly sustained and entertaining pastiche: it feels like Tony Warren himself might have written it.

Ladybird 561 Series: Adventures in History by L. Du Garde Peach
A chance encounter with Richard the Lion Heart on the bookcase in my mother in law’s spare room reminded me of this fantastic series from the 1950s-70s. These are wittier and more complex than anyone remembers. In just fifty pages – half of them beautifully painted by John Kenney – we are told incredible tales about the men and women who changed history and travelled immense distances across the globe, discovering new bits of it as they explored and conquered and mapped and traded. (Those blue-inked maps in the end papers are so evocative of rainy afternoons in long ago school rooms!) I spent happy hours again with Joan of Arc, Guy Fawkes, Napoleon, Marco Polo and the others – and discovered crucial moments in history I’d either clean forgot about, or never knew.

The Chocolate Lovers’ Club by Carole Matthews
Always reliably funny and romantic – it’s like revisiting a little corner of the bookish world that’s always Carole’s. Her characters are people I feel like I know and I’ve met before. This is an ensemble piece, with four very different women struggling with their own problems and bonding together to help each other out – sometimes via the most elaborate and complicated schemes. There’s some pretty racey stuff in this one. The scene with the yoghurt and the granola, and the heroine finding her boyfriend serving breakfast in a most unexpected way is the absolute highlight of a very funny book.

The Ruby Slippers by Keir Alexander
An old guy who runs a deli has a life that intertwines with a whole other bunch of New Yorkers, most notably his aunt, who has let herself go terribly. She is like a tramp, shambling through New York and getting herself run over during the St Patrick’s Day Parade. In her cluttered flat our heroes find a box containing the very shoes that Judy Garland wore in ‘The Wizard of Oz’, and these priceless symbols of hope and beauty propel all the characters into action as they race to take possession of them. It’s a beautiful book, I think. One that’s been waiting on my To Be Read Mountain for a few years. It’s the kind of book I want to buy as a present for my reader friends – the particular ones I know who will just get it, and get the fact that it’s a book about kindness, in the end.

Stuart Little by E B White
I love his other books so much, and I was put off by a movie that made me think this would be the story of a wise-cracking cartoon mouse. Oh, but it’s beautiful. And oddly shaped. But wonderful. And it veers around like a broken toy car… but it makes me want to read and reread it. What is it about White’s writing that does that to me? Everything seems to be throwaway, and almost fey. But I feel like he’s telling me something huge, whenever he’s drawing my attention. One for the reread pile, I think. Again, a book about people being just kind, and doing their best.

The Magic Faraway Tree: Adventure of the Goblin Dog by Enid Blyton
Hodder are doing a lovely job of repackaging Blyton’s fantasy stories – most notably her seasonal tales, grouped in volumes wonderfully illustrated by Mark Beech, who gives her a kind of Quentin Blake-ish spontaneity. This book is a tale of the Faraway Tree that never fitted with the original set, but has here been shoehorned in, and very welcome it is, too. It’s one of Enid’s hasty, ramshackle fantasies that roves breathlessly from set piece to set piece, never quite pausing long enough to figure out anything as dull as plot logic. There are some lovely moments here – my favourite being the cuckoo who lets them into his house inside the clock, and who has to pop out every hour to do his slightly irksome job. I love Blyton’s fantasy stories, and wish that Hodder would commission a series of Faraway Tree sequels by a modern author, just as they have done with the Secret Seven and Malory Towers. (Who might they choose, I wonder..?!)

The Queen of Wishful Thinking by Milly Johnson
Rambunctious, chaotic Romantic Comedy – and it’s sheer pleasure to return to Milly’s world. We’re in North Yorkshire, where everyone seems to be trading in vintage goods and antiques, and where good and bad are clearly demarcated: villainous characters are quite easy to spot in their flashy clothes and spotless cars, swinging albino crocodile handbags. At the same time we get wonderful heroes who we love at first sight – slightly down-trodden, well-meaning, virtuous souls who can’t help falling in love with each other. There are some terrific fights in this novel, too. I do like a novelist who can bring me a lovely slanging match.

Me by Elton John
This is gossipy and camp and ridiculous. I never expected it to be as funny and as well-written, or for the ghost writer to really capture the flavour and manner of Elton John’s speech. We’ve all heard him interviewed and know how he sounds – and this book really is like being sat with him in some sumptuous kind of living room, decorated with all kind of gaudy tat… as he launches into telling you the most wonderful, spicy stories about some of the most famous people in the world. I adored this so much I ended up reading aloud some of the funniest bits to Jeremy. I love the fact that he clearly doesn’t give a hoot about making himself look a twat. He’s the least pretentious and – in a lovely, funny way – the most punky of all the rock stars we’ve ever had. And I howled when I heard he’d told Tina Turner to stick ‘Proud Mary’ up her arse.