An Interview with Paul Phipps-Williams 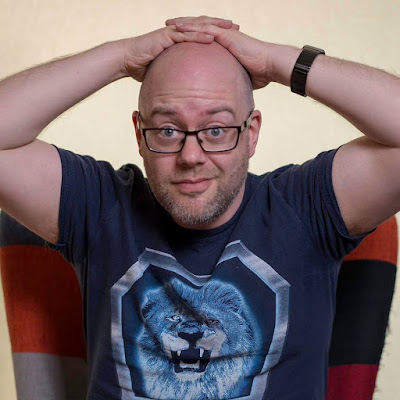 Please tell us everything we need to know about the new book!

The Axe & Grindstone is the story of a pub landlord who discovers a secret door in his cellar to a world where screams are holy. He’s not best pleased to find he’s three days to save it.

Essentially, it’s set in the world of my early twenties, where I spent several years working in a busy town centre pub / club – one where, according to the book, the staff serve you fish and chips in the evening and then watch you throw it up again three hours later after four tequilas and an aftershock – and its complete opposite, the country pub where you damn well have to have the locals’ pint on the bar the moment you see them crossing the road. In their own tankard, if you please.

It’s a Tom Holt / Stephen King / Neil Gaiman style thing and, according to my publisher, the closest thing to Terry Pratchett since his hat. We take the main character, Mark, from his own little happy place, throw him into a place where rock monsters drink pints of cherry brandy, and see where he goes from there.

We published on Halloween, and it’s got some great reviews so far. It switches between contemporary light-hearted fantasy to outright pain-cultist horror, which you have to be prepared for! But as its seen (mostly) through Mark’s eyes, whatever you feel you can be sure he’s feeling too. 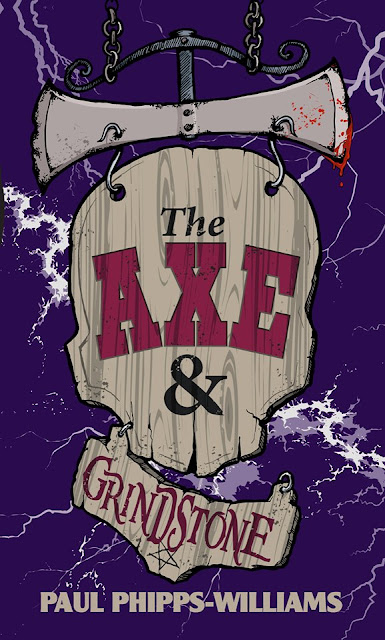 How did you get into writing in the first place, and how did you first get published..? Has it been a long and difficult road, or has it been straightforward?

It’s always been something I’ve enjoyed ever since school. But the gauntlet was thrown when my sister-in-law challenged me to a NanoWriMo duel back in 2013. I had no plan what I was doing, other than filling a page with answers to “what if…”

One of the answers was “what if there was a secret pub in the cellar,” and I went from there. I am a pantser, not a planner, so hadn’t a clue what was going to happen until Mark arrives at his new country pub, The Grindstone, and I typed the word ‘scratching’. And then everything came together and I was away.

I found the London Writers Café very useful when it came to drafting. They get around 20 people together in a back room of a pub: you get ten to fifteen minutes to read a section of your work and you get ten to fifteen minutes feedback and critique from other writers. It can be quite tough if you’re not used to it, but it was brilliant in improving and focusing both character development and prose.

I secured an agent on the third draft who loved it – but didn’t think she could sell it. So The Axe & Grindstone went onto the shelf as I worked with her for a couple of years on my second book, The Breath of Ages. And as soon as that was ready… she left the business. Which was slightly annoying… 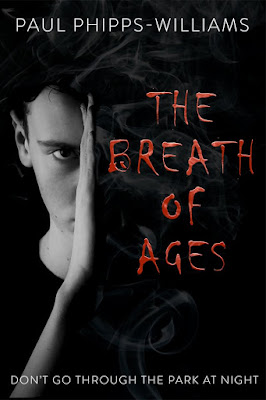 So I returned to The Axe & Grindstone, having forgotten how much I loved it. One final spruce up and I submitted to BAD PRESS iNK, who decided to launch their publishing house with it! So no pressure there, then...

What was your career like up till now, and how did it lead to being an author?

I got myself a degree in Film and Video, specialising as a producer, and then decided the last thing I wanted to do was run around with a clipboard shouting ‘time is money’ at people, so I went to sell pencils at WHSmith and serve pints. Then I saw a job advert for the local Government Office so I applied and I’ve been a civil servant ever since. I’ve recently made the decision to change my working pattern, so every Wednesday is protected for writing and photography business studies. I’m the official photographer for Fantom Events, who run a lot of Doctor Who things – so my spare time is often spent trying to make Doctor Who actors giggle and smile at inopportune moments.

What other kinds of writing have you been getting up to, and do you see it as important, to have various side projects?

Most of my other work has been tiny little pieces of work for Big Finish. The horror elements in one chapter I read at the London Writers Café led to an offer to pitch for Dark Shadows. Confession was released in 2016 as part of Echoes of the Past with Behind Closed Doors in 2017 as part of Love Lives On. Doctor Who: A Small Semblance of Home followed in 2018. 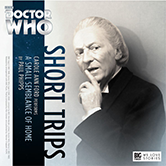 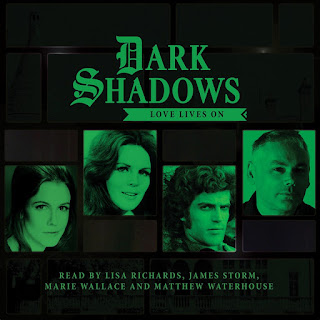 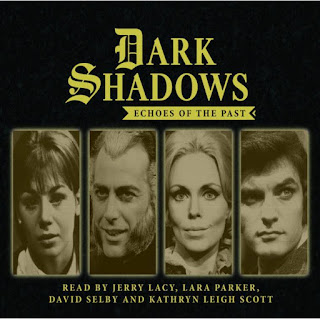 For the last eighteen months I’ve been co-writing Windcliff – the next 13 part full-cast audio Dark Shadows horror serial. It’s set in real-time and we want it to be the most terrifying thing Big Finish have done. The complexity of writing (and rewriting) eight hours of script in real time keeps making our heads explode a little bit. Which just adds to the gore, I guess. 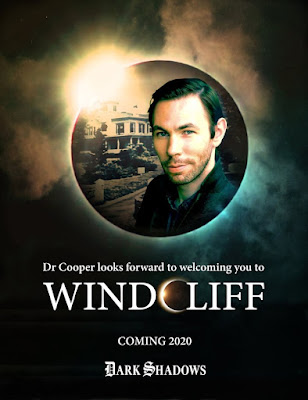 How would you define the genre that your book falls into?

I’d call it contemporary fantasy horror, with a pint of Stella and a packet of pork scratchings.

Why did you fall in love with this genre in the first place, and which books / authors / series would you recommend?

Now you’re asking. Personally, I think it enables people to face fear from the comfort of their own home. I did a podcast recently with Keith Blakemore Noble, where we talk about why people like reading scary things. I think half of it is the adrenaline – we like being scared – and half of it is the feeling we’re glad worse things are happening to other people.

Personally, I like making nasty things happen to people. Not quite sure what it says about me.

Do you take elements of characters or overheard phrases from people you’ve observed..?

Not really. I wish I did, as that would be easier. Sometimes I’ll take stock photos of people who I think look like my characters and use them to build character descriptions.

I’m also up for being dared to include words in scripts. An actor dared me to get the word ‘entropy’ into the last one. It survived at least two drafts…

Well, I’ve sort of promised BAD PRESS iNK a sequel. There’s a couple of unresolved issues for Mark, and he and the town have to deal with the impacts of what happens at the end of the book…

Have you got plans to do public events or readings to tie in with this book?

We’ve certainly got plans! The amazing team behind BAD PRESS iNK have a truck-load of ideas, and I just have to keep up with them!

Finally… tell us something surprising about yourself that your readers might not already know..!

I’m an open book – or at least I am if you follow me on twitter @misterphipps. But here goes: I was a missionary for three months when I was 19; I helped plan for what would happen if London 2012 went hideously wrong; I was in the House of Commons the day Tony Blair was purple powdered; I’ve passed two laws, and my cats are named after William Hartnell.


You can buy 'The Axe & Grindstone' here, and the publisher website for Bad Press ink is here!