An Interview with Bob Stone 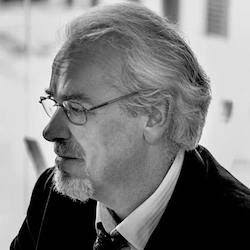 An Interview with Bob Stone

Please tell us everything we need to know about your most recent book! Tell us how it fits in with your ongoing series?

My latest book, “Perfect Beat” (to be published April 2020 by Beaten Track Publishing), is the third and final part of a trilogy which started with “Missing Beat” and continued in “Beat Surrender”. In it, I strive valiantly to tie up all the plot threads and associated loose ends in the story of Joey Cale, the hero of the series, who has found out that many other worlds exist other than the one he is used to. It’s a fairly classic battle of good versus evil, with the action taking place in my native Liverpool and on Pendle Hill in Lancashire (with a side trip to London in Book 2).  I once described tying up the loose ends of a trilogy as being akin to trying to re-knit a sweater that has been mauled by a goat and I think that’s pretty accurate. I’ll know soon if I succeeded.

How would you define the genre that your book falls into?

It is officially described as Young Adult Fantasy, but I am keen to point out that as a genre, Young Adult is really only determined by the age of a book’s protagonist. To my mind, as far as the readership is concerned, “Young Adult” is where the intended age range starts, not where it finishes. 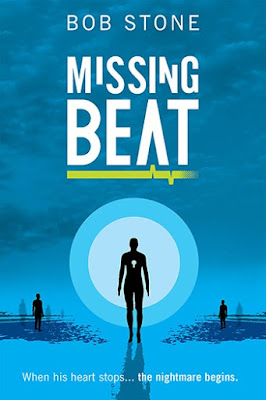 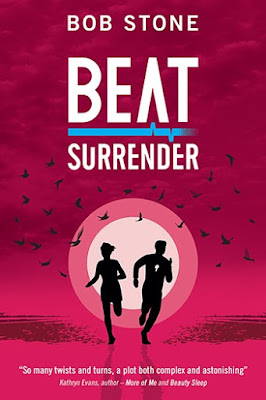 Why did you fall in love with this genre in the first place, and which books / authors / series would you recommend?

I hadn’t read much YA fiction since I was a young adult myself, many years ago, when I devoured books by Alan Garner, Terrance Dicks, Nicholas Fisk etc. Since owning my bookshop, however, my eyes have been opened to the wonderful range of YA fiction out there. It really started when I came across Kathryn Evans’ astonishingly good “More of Me”. I then got to do an event with Kathryn and four other authors, Sue Wallman, Patrice Lawrence, Eugene Lambert and Olivia Levez – all brilliant writers and all of whom I would recommend. Kathryn’s second book, “Beauty Sleep” is also superb. I thoroughly enjoyed “Jiddy Vardy” by Ruth Estevez and “The Book of Bera” and “Obsidian” by Suzie Wilde, both amazing authors and terrific people. Lu Hersey’s “Deep Water” is an amazing and original book too. And of course, one can’t go wrong with your own Martian trilogy, Paul.

Who do you read for pleasure?

Reading is always a pleasure so I read pretty much anything I can lay my hands on. I’m lucky enough to work with a lot of independent authors so I get to read books that I might not otherwise have come across. For example, “Grace and the Ghost” and “Angel’s Rebellion” by Estelle Maher are two of the books I have enjoyed most in recent years and they are both independently published (but shouldn’t be). I like a good thriller/horror novel too, so will always snap up the latest by Stephen King, Chris Brookmyre, Dennis Lehane and Robert Crais.

Would you write in other genres, do you think..? Is there a genre you couldn’t imagine ever writing in..?

I’ve had a go at most things. I wouldn’t really choose to write historical fiction because I don’t have the patience for all the research and I think I’ll probably give romance a miss too. My wife can explain why.

What’s the most wonderful thing about being a writer..?

In my case, it’s all the other brilliant writers I have got to know either in person or through social network sites. It can be a very supportive community and we all struggle with the same things. From a personal point of view, the best thing is the fact that, after 55 years on this planet, I can actually call myself a writer. I have written all my life, but now, thanks to the encouragement of some incredible friends (including my gorgeous wife, Wendy) and the faith of my awesome publisher, Debbie McGowan, I can refer to myself as a writer and that’s a feeling that is hard to beat.

And what’s the most challenging thing about the novelist’s life..?

The perpetual Imposter Syndrome. When my first book came out, I lived in dread of people saying “He runs a bookshop! He’s surrounded by books! He talks to writers all the time! You’d think he’d know better than that!” It didn’t happen, luckily, but with each new book I fear this will be the one where I’m found out.

Longhand on actual paper, or straight onto the computer..? How do you write that first draft?
I write straight onto the computer, partly because my handwriting is so dire that even I would struggle to read it back. I’m also what’s called a “pantser”, as in flying by the seat of. I write without much plotting or planning and see where it takes me. There are, of course, very obvious risks in this approach. When I reviewed the first draft of “Missing Beat”, I had split the two main characters up and when it came to reunite them at the end, I realised that by this point they were actually on different days! It’s surprising how many plot points there were in a trilogy that I had started and meant to go back to. Having said that, some of them ended up being crucial to the ending, so it all looks like it was deliberate.

What is your readership like..? Are you in touch with them? Have you done readings and events and school visits?

My readers are without exception intelligent, discerning and extremely good looking, sexy people, as I am sure they would be the first to admit. I try and keep in touch as much as I can through social media and also because many of them are customers and friends of my shop. I’d love to do more author events and school visits, but escaping from the shop can be a bit of a challenge sometimes.

You’re a bookshop owner, too, aren’t you? Tell us about that! Is it as magical as it seems..?

I get to sell books to people who love books. What could be better? I get to meet authors, which to me is like going backstage to meet the band. I’m also lucky enough to be able to give shelf space to independent authors and do signings with them and hope that when they are famous, which some of them will be, they remember me! There are many challenges involved in having a bookshop in this day and age, but when it goes right, there’s nothing else I would want to do.

How did you get into writing in the first place, and how did you first get published..? Has it been a long and difficult road, or has it been relatively straightforward?

I have written for as long as I could hold a pen and some would say my handwriting hasn’t improved much. “Missing Beat”, however, was the first full-length novel that I finished and I was lucky enough to have it accepted for publication by Beaten Track. I had, by that point, accumulated a number of letters from agents wishing me every success with my book, which was nice of them, and was on the point of giving up. The experience of working with Debbie at BTP has been a joy from start to finish. She is a terrific editor and very supportive of her authors. As roads go, it’s taken me a long time to find it, but it’s a good one.

I’ve got numerous projects in various stages of non-completion. I’m putting together a collection of short stories, which is intended as a companion piece to the Missing Beat trilogy and have started my next YA novel, which will probably be connected to the Welsh myths of the Mabinogion. But then I had another idea too, and now I sit at my computer, wonder for a while which one to work on and make a cup of tea instead!

Finally… tell us something surprising about yourself that your readers might not already know..!

I get into terrible trouble with questions like this, because I’m always tempted to lie. I claimed to be a pangolin wrangler once, and people believed me. It’s mainly because there really isn’t that much exciting or surprising to tell. I was once mocked by Geordie folk-rockers Lindisfarne though. Does that count?